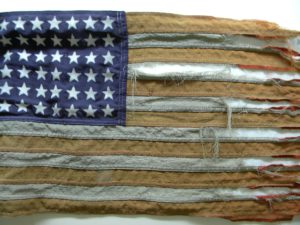 Every year the troop has a flag retirement for the community.

This year the scouts are getting ready and appointing, or if someone is looking to be a MC for a requirement, for am MC for the yearly Veterans Day flag retirement. One of the scouts offered to be MC and even asked for the script for the service early so he could practice. I am so great full that the scouts offer to step up and fill in when needed. They are learning!

The troop received am email the other day from a car dealership asking if we could retire their flag because they purchased a new one. We love to help when the community needs us so we said we could do the ceremony to retire their flag. They then mentioned that the flag is 15×25 FEET!

WOW, the scouts have never folded a flag this large. We have called in all the scouts and Eagle scouts to come practice the ceremony and folding of a large flag. We were able to borrow a flag that’s about 10×15 feet, this will help the scouts to learn how to fold a large flag. I know this is not quite as large at the one to be retired but it will at least give them a sense of the possible difficulties folding a large flag. 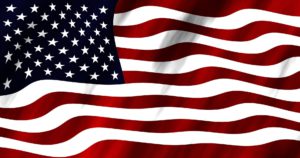 We have two parents of the scouts that are former military and one that used to be in am honor guard. I have asked them to come help when the scouts practice the ceremony.

I have started to look for some white gloves for the scouts to wear when doing this retirement because we have never done anything like this before. I called the scout shop and they do not sell white gloves for flag retirements. They suggested that I go to a dance supply store, they may have the gloves I am looking for. I could always get the gloves from Amazon. They have a pair for a pretty good price. I think I will get about 9 pairs.

Along with practicing a ceremony for the flag retirement we had previously scheduled this time for am open house for any girls to come visit and see what Scouts BSA is all about. We have quite a few sisters of boys that are already scouts in the troop, they have shown a lot of interest in doing what their brothers are doing.

Also, at this scheduled time was our practice for construction of a pioneering sling shot. Every year we go and compete at a Pumpkin Smash with the Los Angeles district. The scouts really like this event because they compete in many activities including a pumpkin chunken. The scouts have 1 hour to erect, shoot and tear down a pioneering project to try to hit a target about 50 yards away. We get better and better every year, last year the troop hit the target 2 times. They were very proud of themselves.

So, this weekend is going to be very busy, I’m hoping we can get everything done.

as I have learned through scouting is patients. I really needed it today. Today was our visit from the girls, practice making a sling shot with our pioneering poles and practice a ceremony and folding of a very large flag, did not go as planned.

I got to our meeting area about 30 min early, to set up for when the girls arrived. With all the work I did to prepare to share scouting with young girls went out the window. Disappointment was the word for the day, no girls showed up. Hoping that next months open house will be different. I’m thinking to put a short post in Facebook, maybe this will help get the word out. I will let you know how the next open house goes.

At the same time the that the open house was to happen, the scouts were to practice a ceremony with a 10×20 foot flag today. I guess it was good that the girls didn’t show up because I was needed to help with the ceremony. They practiced many times, but they still need more practice at our next meeting. Most of the scouts that showed up were our younger scouts that do not have the reverent demeanor for such a ceremony yet. I’m sure they will get it by next week, we just need to practice some more.

After the scouts were tired of practicing with the flag we got out the pioneering poles and they started working on building a sling shot for our next outing. We go to LA’s counsel Pumpkin Smash every year. I was pleasantly surprised that they got most of the sling shot up, it needed a few tweaks, but after the adjustments they were all excited to try it out. The lashings could have been a little cleaner but it shot the soft ball that we had a good 75 yards. It was nice that the day ended on a good note. I will be making another post on our sling shot, we took some plans we found on line and made some adjustments to it.

Ok, its a few days later and we had another meeting. We had a final practice doing our flag retirement.  They are finally getting it.  I’m excited for Friday! I will let you know how it turns out.